What happens when the truth turns out to be far duller than the legend? Do you try to get the facts to fit the exciting story that you would like to believe? Or do you acknowledge that history and time can sometimes make fools of us, but in a fun way?

And then of course there is a third option. To present other people with what you do know and just see what they decide to make of it all.

So the question is who was Pirate John ‘Eyebrows’ Thomas? The answer to this question was a pretty straightforward one or so I thought. I had read about this chap before and I had also visited his grave at Gulval church.

He seemed like a good candidate for an amusing little story about one of our lesser known but colourful Cornish characters. I thought that I would just do a little research and try and fill in some details about him to really bring the story to life. . .

You see there is a story that is often told about John Thomas. He was meant to have been a notorious pirate and smuggler who was so feared and disliked that when he died at Marazion in 1753 the town refused to bury him. His family we are told had to pay Gulval church to take his remains.

But it seems this wasn’t exactly how it happened.

The grave in Gulval Churchyard

John Thomas’ date of birth was easy to find. After all I had his date of death and his age when he popped off this mortal coil. He was born in 1692 and baptised at Gulval church. The church record gives his father’s name as John also. His mother’s name was Margery. She gets a mention in her husband’s will (AP/T/2717) when she inherits among others things his ‘best bed’.

And there are other ‘facts’ that we know about him. For example he married a lady called Martha Bant in 1738 and he was a reasonably wealthy man when he died. The Cornwall Record Office in Truro has copy of his Last Will and Testament (AP/T/2702) which I have read.

To give you the bare bones of it John Thomas left bequests amounting to about £2129 to friends and family when he died. The ‘rest and residue’ he left to Martha. When you consider that the average labourer at the time earned around £16 a year that sum begins to look slightly different. Add to that the fact that he also passed on leases for three separate properties – properties in Gulval, Madron and Wendron, and you begin to wonder what kind of man John Thomas really was. And where exactly was he getting his money?

There are some problems with this story however. You see the Will of John Thomas does disprove part of the pirate legend. In the very first line John requests (quite unusually) that his body be buried in the town of his birth: Gulval. So no mention of ill-will with Marazion. Just the simple request of a dying man wanted to return ‘home’.

And the ‘Eyebrows’. Some distinctive pseudonym created to build a mysterious persona? Perhaps not. You may have already noticed that the skull and cross bone motif on the gravestone has a fine pair of raised eyebrows. They were most likely just a quirk of the man who craved it. Nothing more.

*Note: Since writing this article in 2018 I was contacted by someone in 2021 who claimed that they added the ‘eyebrows’ moniker to John Thomas’ Wikipedia entry in c2010. They say it was done as a tribute to a friend known locally in Penzance as Robert Eyebrows Thomas and that they are surprised how it has caught on. This actually makes a lot of sense as there are no historical references to the nickname. (See comments below.)

So what evidence is there that this legend of the cruel pirate is true?

He did die a rich man when most of his family were recorded as just yeoman (simple farmers). And he doesn’t give his trade in his Will. A little strange perhaps . . .

The inscription on his gravestone is odd also, depending on how you interpret it.

Study to imitate, you won’t excell

If you would live beloved and die so well

Apart from that there is some other circumstantial evidence. Between 1622 and 1641 Sir James Bagg recorded the names of all the fishermen and sailors in the south of Cornwall. In Newlyn, just across Mount’s Bay from Gulval and Marazion, Bagg recorded 3 men called John Thomas. Unfortunately it is impossible to know if any of these men are related to our John Thomas. But it does give the impression that there is the possibility that the family had sea-faring roots.

There is no record of John being convicted of any crime. But that could mean that just he didn’t get caught . . . Or maybe he had a Letter of Marque.

These certificates were issued by the Crown and the government between 1243 and 1856. They basically gave the bearer the right to attack and plunder any foreign vessels that strayed into our waters. 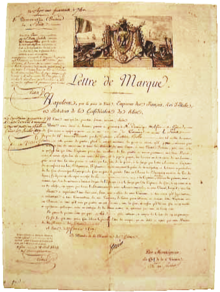 Usually issued during times of war they were a cheap way of protecting the coast from invasion. In effect those with a Letter of Marque formed a kind of cheap, rag-tag Naval force. Was John Thomas one of these privateers?

So you see I have arrived at many more questions through my research than answers. I want to believe that this great character existed but the evidence is slim at best.

However there is one final point that I have to make. Rumours such as this one always start somewhere and just because there is no solid evidence doesn’t mean there is no truth. Perhaps the wily John Eyebrows Thomas was just good at covering his tracks!

I provide all the content on this blog completely free, there’s no subscription fee. If however you enjoy my work and would like to contribute something towards helping me keep researching Cornwall’s amazing history and then sharing it with you then you can donate below. Thank you!

26 thoughts on “Who was Pirate John ‘Eyebrows’ Thomas?”

Those clouds.
Take a sunny winter walk to the Marconi Monument
Its looking like a busy week so far - 18th birthday party tonight (I'll be in bed by 9), first chat of 2023 on BBC Radio Cornwall with Tiffany Truscott tomorrow and on telly with Fern Britton on Wednesday!
Mucking about on Kilmar Tor, one of my very favourite places in Cornwall
My 2022 in Cornwall, blissful as usual!
Mylor harbour looking stunning on a December morning

Wosson!
Hello lovely reader - If you enjoy what I do, if my articles inspire you to discover more of Cornwall please consider buying me a pasty! There's a DONATE button on each page or CLICK HERE TO BECOME A PATRON! Thank you! Meur ras!

Wosson!
If you enjoy what I do, if my articles inspire you to discover more of Cornwall please consider buying me a pasty! There's a DONATE button on each page or *CLICK HERE TO BECOME A PATRON!* Thank you! Meur ras!
Loading Comments...
%d bloggers like this: